In 2013, my son graduated from a high school where morning classes begin at 7:30 a.m., four days a week. In the fall of his freshman year, after hearing science writer Po Bronson discuss adolescent sleep loss, I began researching the subject. Persuaded by the evidence, I suggested a start time change to the principal, Mr. Goldenberg. He thanked me for the research, noted certain obstacles, and commented, “I really have not seen or heard any negative effects with student alertness and focus with our 7:30 start time.” This information appears to be inconsistent with every pertinent study ever published, the results of an informal student poll, and student sources alleging first period and napping to be well-acquainted. 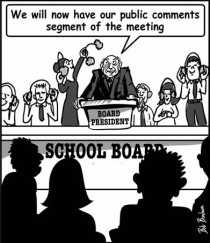 The local school board, like many as it turns out, shares the principals’ disaffection for the sciences. By and large, school scheduling throughout this country continues to “run precisely counter to children’s biological needs” (Carskadon, Vieira, & Acebo, Association between puberty and delayed phase preference (1993) 16 Sleep 3, p. 261), despite decades of evidence associating early school hours with profoundly negative consequences for adolescent students. (See, § III, et seq., supra.) While some national educational associations have urged later school scheduling (Kelley & Lee, Later School Start Times in Adolescence: Time for Change (May 2014) Ed. Commission of the States; Nat. Ed. Assn. (2013) 2012-2013 Handbook, p. 250, Resolution C-3), and many individual districts have initiated some positive school hour changes, no organization or association of principals, superintendents, or school boards, at the state or national level, has stated any position with respect to the time of day school should begin. Among teachers’ organizations, the Seattle Education Association stands alone in the nation in recognizing the need for later school starting hours. Among school superintendents, Middlesex League Superintendents endorse start times between 8 a.m. and 8:30 a.m., a rather feeble stand given that 8:30 a.m. is the earliest start time proposed by any expert. Otherwise, it has been left to to physicians, parent groups, and students to implore implementation of science-based school scheduling.

By any measure, the proper discharge of pedagogical administration may not be reconciled with early starting middle or high schools. Dr. Helene Emsellem, CAREI Director Kyla Wahlstrom, and the National Sleep Foundation each propose education as a first step in persuading a community to consider a start time change; that we must include school leaders among those requiring instruction is a disturbing commentary on the state of our educational institutions. (See, e.g., PISA 2012 Results: What Students Know and Can Do (2013) Organisation for Economic Co-operation & Development [U.S. 15-year-olds ranked 30th among world’s most developed nations in math; 23rd in science; 20th in reading]; see also, Education at a Glance 2012: OECD Indicators (2012) Organisation for Economic Co-operation & Development; Hanushek, Peterson, & Woessmann, Teaching Math to the Talented (Winter 2011) Education Next.) School administrators’ good fortune at the lack of any meaningful competency-based disciplining bodies is equally the misfortune of our children. The authority of elected school boards, whose members qualify for office by refraining from felonious conduct (i.e., remaining eligible to vote), may be checked only at the ballot box — too slender a reed upon which to predicate the welfare and potential of children. “We need to steel ourselves to put this dysfunctional arrangement out of its misery and move on to something that will work for children.” (Finn, School boards are an obstacle to education reform (Dec. 18, 2003) Morning Call; see also, Hess & Meeks, School Boards Circa 2010: Governance in the Accountability Era (2010) Nat. School Boards Assn., pp. 6-7; Elizabeth, School boards’ worth in doubt (Nov. 30, 2003) Pittsburgh Post-Gazette.)

The extensive list of materials referenced here is intended to allow the broadest possible review of the relevant literature. Incidentally, in more than 25 years of practicing law, I have never been ordered to appear in a trial court before 8:30 a.m.; oral argument at the local Court of Appeal begins at 9:30 a.m.

This project is dedicated to the memory of my beloved nephew, Nathan, for whom Mr. Goldenberg’s 7:30 a.m. morning bell always rang too soon. (Winsler, Deutsch, Vorona, Payne, &, Szklo-Coxe, Sleepless in Fairfax: The Difference One More Hour of Sleep Can Make for Teen Hopelessness, Suicidal Ideation, and Substance Use (Sept. 2014) 44 J. Youth Adolescence 2, pp. 362-378.) 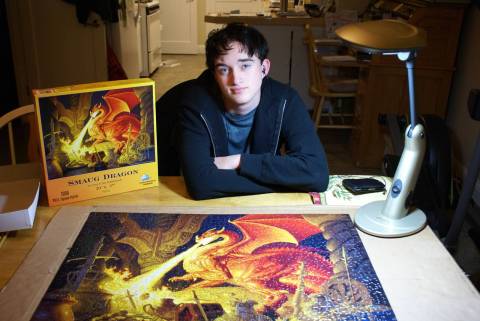