D. Will Students Squander the Opportunity for Extra Sleep?

“Inherently, the majority of kids with a later start will get more sleep, which is beneficial to grades as well as being safer.” (664)—Philip Fuller, M.D., Medical Director, Mary Washington Hospital Sleep and Wake Disorders Center.

A 2008 study of 42 Brazilian teenagers (ages 14-19) in 3 high school classes found the students maintained irregular sleep schedules while vacationing, suggesting that early start times are not the “sole cause” of adolescent sleep irregularity. (33) The survey data, gathered from one week during the school year and one week during the vacation period, showed that while on vacation, the teens’ average sleep on weekdays (9 h. 37 min.) was longer than on weekends (8 h. 57 min.), (33) whereas during the school year, the teens slept longer on weekends (8 h. 37 min.) than on weekdays (8 h. 9 min.); i.e., the students’ sleep schedules were “inverted[.]” (33)

“It is probable that the weekend ceased to be the period when they compensated for sleep missed during the week; perhaps this has become the period when they develop stimulant social activities such as going to parties, navigating on the internet, or watching TV until late, a common practice among adolescents.” (33) 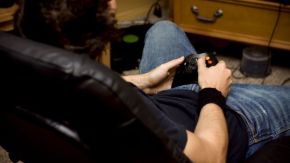 Although the researchers recognize that “morning school schedules are the chief cause for adolescents’ partial sleep deprivation and sleep schedule irregularities[,]” they comment that delaying school schedules to allow for additional sleep may prove an ineffective intervention if students simply stay up later to play electronic games, etc. (33) While postponing bedtimes undoubtedly reduces the time available for weekday sleep, the evidence thus far rather clearly establishes that the great majority of students choose rest over recreation when schools delay the morning bell. As explained by neurologist Helene Emsellem, Medical Director of the Center for Sleep and Wake Disorder in Chevy Chase, Maryland:

“Contrary to what you might think, teens whose schools have later start times do use the extra time for sleep; they don’t stay up later, but go to sleep at the same time they always have and sleep later in the morning.” (43)

In evaluating the likelihood the Brazilian researchers’ concerns may be realized, notwithstanding any holiday sleep irregularity (cf. ns. 6, 665 [without interference from a school schedule, U.S. adolescents’ weeknight sleep matched their weekend sleep]), first, as previously observed (see, § I, supra), restricted sleep among adolescents is confined almost exclusively to school nights, rather than weekend or summer nights, (21, 22, 26, 28, 29, 30, 55, 101, 102, 109, 110) with older students losing nearly 3 hours of sleep each night after the start of school. (2, 6, 65, 107, see also, Mindell & Owens, Clinical Guide to Pediatric Sleep: Diagnosis and Management of Sleep Problems (Lippincott Williams & Wilkins, 2nd ed. 2010) p. 258.) “The cause of this decline in sleep duration is shown in the difference between sleep on education/work days and free days.” (65)

Second, as authority for the proposition that children may postpone bedtimes, the Brazilian study cites to a January 1999 article by Professor Carskadon cautioning that students not versed in sleep requirements may see a start time delay as cause to work or play later in the evening. (5)

“Moving the opening bell to a later time may help many teens with the mismatch between biological time and scholastic time, but it will not provide more hours in the day. It is not difficult to project that a large number of students see a later starting time as permission to stay up later at night studying, working, surfing the net, watching television, and so forth. Today’s teens know little about their sleep needs or about the biological timing system. Interestingly, students do know they are sleepy, but they do not have skills to cope with the issue, and many assume—just as adults do—that they are expected to function with an inadequate amount of sleep. This assumption is a physiological fallacy: sleep is not optional. Sleep is biologically obligatory. If students learn about sleep, they have a basis to use a changed school starting time to best advantage. Adding information about sleep to the school curriculum can certainly help.”  (5)

In the intervening years, though few educators have added sleep science to the curriculum, their charges have nonetheless managed to acquit themselves nicely, demonstrating repeatedly that they use the additional time primarily for sleep, not Facebook. (4, 30, 37, 41) A recent study of New Zealand students ages 13-16 found that adding sleep science to the curriculum served to increase student sleep, but only on weekends, perhaps suggesting weekday sleep opportunities had already been maximized. (666) For the great majority of adolescent students, the later the school day begins, the longer they sleep. (309)

“Students in schools which have delayed their start times have not delayed their bedtime significantly but have been provided with the opportunity to obtain more sleep by sleeping later in the morning. This then provides a pathway whereby these students are better rested at school, have better attendance, and report better mood. Such policy changes may have a major impact on the health and education of adolescents.” (611)

In 2008, physicians Zaw Htwe and Mary O’Malley of the Norwalk Hospital Sleep Disorders Center conducted a study of 259 high school students to determine changes in sleep duration following a start time change. When morning classes began at 7:35 a.m., the students averaged 7.03 hours per school night. (42) When start times were delayed by 40 minutes to 8:15 a.m., the students slept 33 minutes longer per night. In other words, 83 percent of the extra time was utilized for sleep. (42) The changes were consistent across all age groups. (42) Bedtime on school nights was marginally later, and weekend night sleep time decreased slightly. (42) More students reported “no problem” with sleepiness after the schedule change. (42) The mean wake-up time prior to the delay was 6:12 a.m. Following the delay, students were able to “sleep in” to 6:53 a.m. (42)

As previously discussed (§ IV.C., supra), student participants in the 2009 Rhode Island study reported getting to bed 15 minutes earlier following the change to later start times, increasing their nightly sleep total by an average of 45 minutes. (41, 669) One student explained, “Well for me, ever since the 8:30 start, I have seen how much good 30 minutes of extra sleep does for me, so I have been inspired to … get an additional half hour on top of the 30 minutes.” (41)

The 2011 Israeli study of 14-year-old, eighth-grade students found that the teens slept about 55 minutes longer each night and performed better on tests when their start time was delayed by one hour, to 8:30 a.m. (13, 352) A recent study of Norwegian 10th graders found students got 66 minutes more sleep per night than students in a control group starting school one hour earlier, at 8:30 a.m. (353)

“Previous studies using objective measures of sleep provide support for the notion that adolescents obtain more sleep when given the chance through a longer sleep opportunity…. Factors such as a later school start time, parental monitoring of bedtimes, and moderation in the number of hours spent on extracurricular activities are all likely to optimize sleep opportunity and so sleep. These factors have a cumulative effect. For adolescents who have a constellation of negative factors, such as an early school start time, no parent-set bedtime, and a heavy extracurricular load, the impact on their sleep and functioning is likely to be so detrimental as to present a significant negative impact. [¶] Findings of the present study are consistent with Bronfenbrenner’s ecological systems theory of human development and highlight the importance of taking a comprehensive approach to adolescent sleep…. Any factors that demand early rise times are likely to have a negative impact on sleep duration, particularly in light of the strong biological tendency of adolescents to delay sleep. This study provides further support that U.S. adolescents would benefit from later school start times.” (314)

A 2014 Brown University study of 197 students (mean age = 15.6 years) at a “highly competitive” independent boarding school, found that following a modest start time delay, from 8 a.m. to 8:25 a.m., students captured an average of 29 additional minutes of sleep. (107) The percent of students obtaining eight or more hours of sleep on school nights increased from 18% to 44%. (107) The researchers found “noteworthy and concerning, that even after the delay in start time, very few students (8.8%) reported getting the recommended 9 or more hours of sleep.” (107)

Consistent with evidence establishing that the magnitude of the phase delay increases as children progress through adolescence, (1.5, 20, 21, 65, 147, 193) students in the upper grades (11th to 12th) received significantly less sleep than students in the lower grades; there was over an hour difference in the sleep duration of 9th graders compared with 12th graders. (107, see also, n. 145 [“Upperclassmen suffered a greater sleep deprivation.”].) “Thus, although this modest policy change yielded important and clinically meaningful improvements in sleep duration, it was not enough to overcome the chronic sleep debt experienced by this group of adolescents.” (107) For all students, sleep duration decreased to baseline levels when the original school schedule resumed. (107)

A Yale University study published in early 2016 undertakes a systematic, meta-analytical review of start time studies meeting the following criteria: 1) published in English in a peer-reviewed journal; 2) available in full text; 3) primary or secondary school-aged youth were the subject of research; 4) experimental study design (i.e., randomized controlled trial, quasi-experimental, pre-post no control); 5) reported total sleep time; and 6) studies that examined the impact of delayed school start time on the same subjects. (43.5) Eighteen of 24 “articles” were excluded from consideration; i.e., observational, correlational, descriptive studies, technical reports, reviews, editorials, unpublished manuscripts, dissertations, and abstracts. (43.5) Participants’ mean age varied widely across the remaining six studies (ns. 13, 31, 41, 107, 353, 535), three of which are referenced briefly above, from 10.8 years to 16.4 years. (43.5) Participants in all but one study (n. 535) had a mean age of 13 years or older upon enrollment. (43.5)

“Importantly, among the studies that examined bedtimes and wake times, authors found delays only in wake times while bedtimes had either no change or were earlier. This provides evidence countering the hypothesis that students will simply stay awake later if school start time is delayed, and verifies the developmental shift in circadian timing that favors phase delay during later childhood. Increased sleep duration also contributed to reductions in daytime sleepiness (e.g., napping, overall sleepiness), which has implications for enhancing engagement in learning and achieving success in school due to improved cognitive functioning, problem solving, attention, decision-making, memory and creativity. Consistent with these explanations, our review found improved school-related outcomes following a delayed school start time intervention including decreased tardiness, presenteeism, falling asleep in class, being too tired to do homework, and improved reaction time; similar results have been observed in cross-sectional or observational studies employing a non-experimental design.” (43.5, citations omitted.)

Finally, a May 2016 CDC study reviewing 38 studies (cross-sectional or longitudinal) examining the association between school start times, sleep, and other outcomes among adolescent students, found that “[n]early all studies to date provide evidence that delaying school start time accomplishes the goal of increasing sleep duration among these students, primarily by delaying rise times. Most of the studies saw a significant increase in sleep duration even with relatively small delays in start times of half an hour or so.” (53.9)