“First, as any parent knows and as the scientific and sociological studies respondent and his amici cite tend to confirm, ‘[a] lack of maturity and an underdeveloped sense of responsibility are found in youth more often than in adults and are more understandable among the young. These qualities often result in impetuous and ill-considered actions and decisions.’ … It has been noted that ‘adolescents are overrepresented statistically in virtually every category of reckless behavior.’ … In recognition of the comparative immaturity and irresponsibility of juveniles, almost every State prohibits those under 18 years of age from voting, serving on juries, or marrying without parental consent. [¶] The second area of difference is that juveniles are more vulnerable or susceptible to negative influences and outside pressures, including peer pressure. (`[Y]outh is more than a chronological fact. It is a time and condition of life when a person may be most susceptible to influence and to psychological damage’).” (Roper v. Simmons (2005) 543 U.S. 551, 569, citations omitted, italics in original; see also, Miller v. Alabama (2012) 135 S. Ct. 1733 [Eighth Am. prohibits mandatory life without parole for those under the age of 18 at the time of their crimes]; Graham v. Florida (2010) 560 U.S. 48 [Eighth Am. prohibits sentence of life without the possibility of parole for juveniles convicted of nonhomicide offense].)

The adolescent qualities referenced by Justice Kennedy—psychological vulnerability, impulsivity, immature judgment, susceptibility to negative influence and peer pressure—tend to be exacerbated by restricted sleep. (52, 53, 121, 131, 132, 134) Adolescents’ “inability to control emotional responses” when sleep deprived “could influence aggression, sexual behavior, the use of alcohol and drugs, and risky driving.” (21) “Teenagers who are sleep deprived are often more impulsive and more likely to engage in risk-taking behaviors, such as drinking, driving fast, and engaging in other dangerous activities.” (Mindell & Owens, Clinical Guide to Pediatric Sleep: Diagnosis and Management of Sleep Problems (Lippincott Williams & Wilkins, 2nd ed. 2010) p. 258.)

“Despite the robust health typical of adolescents, death rates soar at this age largely because of misfortunes associated with elevated risk-taking behaviors, including use of alcohol and other drugs that may further increase the incidence of risky behaviors. Adolescence may be a vulnerable period not only because of the high prevalence of risk-taking, but also because of the potential lasting consequences of perturbations to the brain as it is sculpted during this time. For instance, brain regions undergoing particularly marked remodeling during adolescence (e.g., PFC, amygdala, nucleus accumbens) are among those that are most sensitive to alcohol and other drugs of abuse.” (Coch, Fischer, & Dawson, Human Behavior, Learning, and the Developing Brain: Typical Development (Informa Healthcare 2010) p. 383, citations omitted.)

The adolescent brain is about 80 percent of the way to maturity. (Jensen & Nutt, The Teenage Brain: A Neuroscientist’s Survival Guide to Raising Adolescents and Young Adults (Harper Collins 2015) p. 37.) The frontal lobes make up more than 40 percent of the human brain, more than any other species, and is the last part of the brain to “’connect.’” (Id., pp. 36-37.) The frontal lobes are “critical for executive functioning and inhibitory control[,]” (250.1) essential to “self-awareness and [the] ability to assess dangers and risk[.]” (Jensen & Nutt, supra, p. 36.) Restricted sleep reduces both function (250.1) and growth in this least developed region of the adolescent brain. (Jensen & Nutt, supra, p. 37; Terman & McMahan, Chronotherapy: Resetting Your Inner Clock to Boost Mood, Alertness, and Quality Sleep (Penguin Group 2012) p. 200.)

“Our analysis provides preliminary evidence that sleep-deprived adolescents participate in a greater volume of both violent and property crime…. Further, our results indicate that every little bit of sleep may make a difference. That is, sleeping 1 (hour) less (i.e., 7 hours) than the recommended range increased the likelihood of property delinquency, and this risk increased for each hour of sleep missed.” (133)

In a 2005 study of 388 Philadelphia high school students, 67% of participants indicated that they thought they obtained “too little sleep.” (131) Researchers found students reporting more sleep problems were also more likely to report that they were experiencing behavior problems and substance use. (131) Students who obtained the least amount of sleep on school nights reported greater alcohol usage than those students who obtained the most sleep on school nights, and those students with the biggest difference between their school-night and weekend-night bedtimes reported higher levels of risk-taking behavior and lower academic performance. (131) “Overall, the results of this study support the expectation that inadequate sleep and increased sleep problems have negative effects on adolescents’ daytime functioning, including poorer academic performance, increased daytime sleepiness, negative moods, behavior problems, and increased risk-taking.” (131) 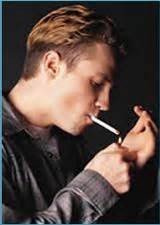 A 2014 CAREI survey of 9,089 high school students in three states found that students capturing less than eight hours of sleep on weeknights were more likely to engage in health-risk behaviors than students getting more sleep. (309) With seven different start times ranging from 7:30 a.m. to 8:55 a.m., only the majority of students beginning morning classes at 8:35 a.m. or later obtained eight hours or more of sleep on school nights. (309)

“One unintended consequence of the earlier school schedule is the amount of unstructured time some teens are faced with after school in the afternoons. This ‘self-care’ time lends itself to greater risk taking, and has been correlated with increased substance use and depressed mood. Indeed, juvenile crimes are four times more likely to occur in the hours after school than at other times during the day or night.” (2, 296)

Young people are increasingly using caffeine to compensate for chronic inadequate sleep. (106, 493) Ironically, falling asleep in school is associated with high caffeine consumption. (105) Caffeine, “a methylxanthine and adenosine receptor antagonist, can be considered the most commonly consumed psychoactive substance worldwide.” (105) Of the 5,448 US caffeine overdoses reported in 2007, 46% occurred in those younger than 19 years. (494)

According to self-report surveys, energy drinks are consumed by 30% to 50% of adolescents and young adults. (494) Reports indicate that some high school students drink as many as five cans of “energy drinks” a day to combat sleep loss. (29) Frequently containing high and unregulated amounts of caffeine, these drinks have been reported in association with serious adverse effects, especially in children, adolescents, and young adults with “seizures, diabetes, cardiac abnormalities, or mood and behavioral disorders or those who take certain medications.” (494) At least during the school year, eveningness chronotypes (“owls”) appear more disposed to using stimulants or illegal substances than morningness types (“larks”). (261, 263)

Clusters of Sleep/Drug Use Behavior